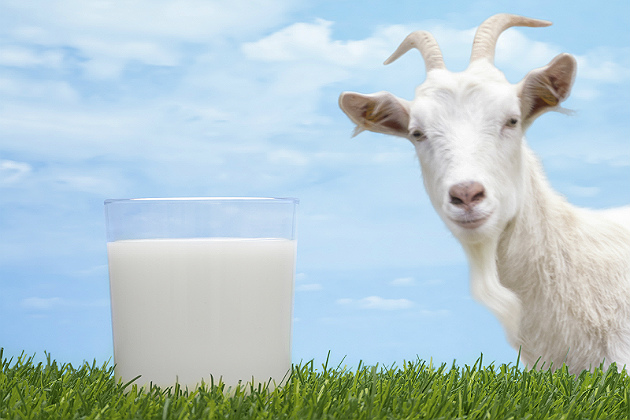 Why You And Your Family Need To Switch To Goat Milk

Whether you’re pregnant, nursing, health conscious, or a foodie, it is likely you’ve heard about goat’s milk. Although goat milk has existed for ages, it has become more accessible and commercially available in recent years. However, very few people are aware of the depth of health benefits offered by goat’s milk.

Although the amounts of fat in cow and goat milk are more or less the same, the smaller fat globules in goat milk make it easier for your body to digest. Goat milk’s protein forms into a softer curd than cow milk once it reaches your stomach. Goat milk has only approximately 2 percent curd, compared to roughly 10 per cent in cow milk, making it easier for your body to digest than cow milk.

Additionally, goat milk contains less lactose, or milk sugars, than cow milk. Goat milk can be an effective substitute for cow milk for many people who aren’t as lactose intolerant as they think they are, or who just have difficulties digesting cow milk but aren’t genuinely allergic to lactose.

The majority of those who are allergic to cow milk are really sensitive to A1 casein, one of the proteins it contains, and therefore they are unable to digest A1. Additionally, the most common allergy among kids that might last into adulthood is to cow’s milk. That’s because it includes over 20 allergens, including A1 casein, which can result in allergic reactions, which are frequently mistaken for symptoms of seasonal allergies and can include everything from hives and runny noses to abdominal cramps and colic in infants.

Goat milk on the other hand, which primarily or entirely includes A2 casein, has none of these inflammatory effects. In terms of protein content, goat milk is the only type of milk that comes closest to human breast milk. In fact, according to most studies, goat milk is much less allergenic for infants than cow milk when given as the first protein after breastfeeding.

While cow milk is frequently cited as one of the principal sources of calcium-rich meals, switching to goat milk need not cause you to worry about not obtaining enough calcium. With almost 33% of the daily required value compared to 28% in cow milk, it is actually richer in the mineral.

Additionally, goat milk contains 30-35 per cent more medium-chain fatty acids than cow milk which contains only about 15-20%. These fatty acids aid in lowering cholesterol, boost energy that isn’t stored as body fat, and may even be used to treat problems including intestinal and cardiovascular disorders.

In addition to this, goat milk promotes balancing “good” and “bad” cholesterol levels by raising the former. In fact, goat milk is recommended for controlling excessive cholesterol because it has therapeutic characteristics similar to those of olive oil.

Goat milk contains fatty acids and triglycerides that not only keep your insides healthy but also contribute to your overall appearance. Their hydrating properties will keep your skin smooth and supple. Moreover, goat milk has a lot of vitamin A, which can help with acne, skin health overall, as well as complexion. It is also regarded as an acne home remedy. Goat milk is easier to absorb by the skin and helps keep bacteria at bay since it has a pH level that is comparable to that of humans. Goat milk contains lactic acid, which helps your body get rid of dead skin cells and will brighten your skin tone.

Even though goat and cow milk may have identical mineral contents, goat milk may nevertheless come out on top. This is possible because preliminary research indicates that Goat milk has elements like iron, calcium, magnesium, and phosphorus that the body can absorb and use more readily than Cow milk. Goat milk also appears promising for treating dietary deficiencies such anaemia and bone demineralization due to the bioavailability of these nutrients. Additionally, it can aid in addressing the all-too-common magnesium and iron deficiencies.

Regular consumption of goat milk improves the body’s capacity to utilize iron and accelerates hemoglobin regeneration, making it a secure and all-natural treatment for osteoporosis and anemia. Additionally, the high quantities of zinc and selenium in it guard against neurological illnesses.

Goat milk and the soft curd of goat milk is used as therapy against different problems including gastrointestinal disturbances and respiratory problems. Goat milk is a good source of protein, calcium, magnesium, phosphorus, potassium, and vitamins A, B2, C, and D. These nutrients all provide some of the biggest advantages you can imagine. It is possible for goats to produce milk of good composition and high quality for human consumption. Additionally, it is a healthy substitute for cow’s milk and has medical benefits for humans. It is also easier to digest than conventional cow’s milk. Children and those whose stomachs react negatively to the milk of other animals may find this to be especially helpful.

Due to all the aforementioned benefits, it would be an educated decision for you and your family to switch to goat milk.